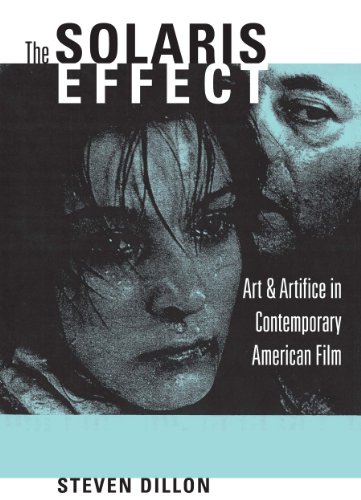 What do contemporary American movies and directors have to say about the relationship between nature and art? How do science fiction films like Steven Spielberg's A.I. and Darren Aronofsky's π represent the apparent oppositions between nature and culture, wild and tame?Steven Dillon's intriguing new volume surveys American cinema from 1990 to 2002 with substantial descriptions of sixty films, emphasizing small-budget independent American film. Directors studied include Steven Soderbergh, Darren Aronofsky, Todd Haynes, Harmony Korine, and Gus Van Sant, as well as more canonical figures like Martin Scorcese, Robert Altman, David Lynch, and Steven Spielberg. The book takes its title and inspiration from Andrei Tarkovsky's 1972 film Solaris, a science fiction ghost story that relentlessly explores the relationship between the powers of nature and art. The author argues that American film has the best chance of aesthetic success when it acknowledges that a film is actually a film. The best American movies tell an endless ghost story, as they perform the agonizing nearness and distance of the cinematic image.This groundbreaking commentary examines the rarely seen bridge between select American film directors and their typically more adventurous European counterparts. Filmmakers such as Lynch and Soderbergh are cross-cut together with Tarkovsky and the great French director, Jean-Luc Godard, in order to test the limits and possibilities of American film. Both enthusiastically cinephilic and fiercely critical, this book puts a decade of U.S. film in its global place, as part of an ongoing conversation on nature and art.